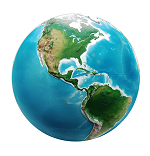 Imagine you want to start a dating service and are equipped with the business savvy to get the enterprise off the ground. You’re fortunate to have the necessary capital and your logo is epic. Excellent!


Oh, there’s one more thing. Are you going to jumpstart your new dating service in Atlanta, the American city that’s tops in the United States for singles, or did you forget to consider how your entity’s location can impact your bottom line?

A recently released survey conducted by Wallet Hub reveals the best and worst American cities for singles, and the importance of that information can’t be underestimated for entrepreneurs.

That’s because a city with an active singles’ scene is one that caters to their lives and lifestyles. Businesses that meet those varying interests and needs are likely to be more successful there.

Conversely, jumpstarting a dating service in Brownsville, Texas, rated the worst city for singles in the survey, is probably a bad idea.

While studying the demographics of a locale to ensure a business meets the wants and needs of its potential customers is imperative to the entity’s success, it’s just one of many concerns for a boss.

Another is the small business climate of the area.

According to a survey conducted by Biz2Credit, New York City was rated the top location to start a small business in 2018. The Big Apple garnered that honor in 2017, too. In doing so, it overtook San Jose, California, where technology companies are enjoying great success. The state’s excellent higher education system translates into an educated workforce, too. However, the diverse population that calls New York City home, along with numerous tax incentives and business programs offered by city leaders, spelled positive results for its small business climate.

Meanwhile, based on the study, starting a dating service in Atlanta wouldn’t necessarily be a bad choice, as that city’s small business climate ranked No. 20.


Tami Kamin Meyer is an Ohio attorney and writer who tweets as @girlwithapen.
Read 1173 times
Rate this item
(0 votes)
Tweet
More in this category: « 3 Tips For Overcoming ‘Hidden Growth Killers’ That Harm Your Business 5 Ways CEOs Can Change Their Behaviors To Lead More Efficiently »