5 Things Leaders Can Learn From Stand Up Comedians 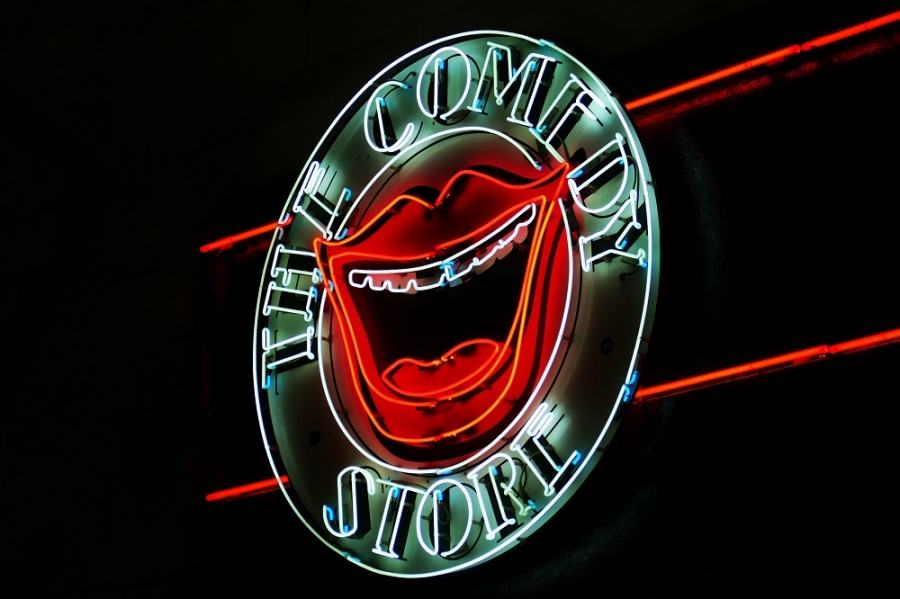 As you can imagine, stand-up comedy can make you a better presenter. After all, it’s one of the hardest forms of public speaking you’ll ever do (aside from effectively teaching second graders), which means if you can do okay in stand-up, all other types of business presentations will seem easier. But stand-up comedy can also make you a better leader.

The majority of my leadership training has come from two places: 1) the internal leadership development program at Procter & Gamble, and 2) stand-up comedy. The first is expected, after all, P&G is a promote-from-within company, so they have to have good leadership training. The second is surprising, but has been just as valuable in my career development.

The most important part of any stand-up set is the first 30 seconds. It is in that small timeframe that an audience decides if you are worth paying attention to.

Those first 30 seconds are just like the first 30 seconds of any recommendation or proposal you give at work. Some people know this concept as “headnodding”–get people in agreement early on (e.g. make them realize you’re funny), and they are much more likely to agree with you later.

In standup, a good introduction relates to something the entire audience can be a part of (such as a joke about the city, something a previous comic said, or the ridiculousness of your own voice…) In the business world, that may mean starting off a presentation by establishing that you are all on common ground. If you are proposing a solution to a problem or “opportunity,” confirm with the audience that you all agree that there is, in fact, a problem, and you agree on what it is. Then, once they’ve settled in and have already been nodding along (not nodding off), you can transition into the meat of the meeting.

Comedy is a mixture of both content and delivery. Yes, the material itself has to be good, but so does the delivery. In fact, delivery can often make up for weaker material--just look at Dane Cook’s early career. The jokes weren’t mind-blowingly funny, but his delivery of it was.

The same is true for leading others. If you’re not confident in what you’re doing, it will be much harder for people to follow you. As Adlai Stevenson said, “It's hard to lead a cavalry charge if you think you look funny on a horse.”

The key to improving your confidence as a leader is the same as developing it as a comedian: through practice and repetition. The more often you do something, the easier it tends to become and the more comfortable you get.

Comedy, in a way, is simple. How do you know something is funny? It makes people laugh. The only way for a comedian to know if people will laugh at the joke is to try it out and see. The immediate feedback they receive on stage is invaluable as a performer.

Similarly, feedback to a leader is crucial. Stopping to ask for ways to better connect with each of your direct reports, improve a presentation, or what went well in a particular meeting can guide you in finding what works and what doesn’t. Then you can start working on the right things–working smarter and not harder.

One key thing to note is that feedback doesn’t just have to come from other people. Comedians record their performances so they can go back to evaluate a performance. Checking in with yourself periodically or tracking your daily progress can help you find what is and isn’t working for you.

4. Give credit where credit is do.

The cardinal sin of stand-up comedy (just after murder) is stealing material. Taking someone else’s jokes and pretending they are your own is like buying a Coke, putting your own label on it, and selling it as Joe’s Soda. After all, jokes are the primary product that comedians “sell.”

In management, to take credit for what other people have done is not only dishonest, it’s limiting for both you and your team. Your team doesn’t get the proper recognition they deserve, and you don’t showcase your ability to inspire your team to great results.

Taking credit and stealing material may help you get ahead in the short-term, but in today’s world, the frauds and the thieves tend to get found out and left behind.

The second biggest sin in comedy is going over your allotted time (called “blowing the light”). Nearly every comedian imagines they could entertain the crowd for hours upon hours, but (thankfully) shows typically limit the amount of time each comic has, often based on their skill-level or connection to the show. To go over the amount of time given is to tell the show producer and all of the other comedians, “I think I’m more important than you” and “I don’t respect you.”

When you, as a leader, hold people longer than the scheduled time, or consistently show up late to meetings, you’re saying the same thing: “I think I’m more important than you” and “I don’t respect you.”

Respect people’s time and they’ll respect yours (and you) for it. If you need help keeping meetings on track, you can always do what comedians do: give people a notification when their time is almost up and then cut the mic if they go on for too long.

Becoming a stand-up leader isn’t easy, but following some of these principles from stand-up comedians can certainly help. Plus this is the perfect excuse to finally give stand-up comedy a try or at least watch some of your favorite comedians online. You won’t just be having a laugh, you’ll be on your way to becoming a better leader as well.

Andrew Tarvin is the world's first humor engineer, teaching people how to get better results while having more fun. He is the author of Humor That Works: The Missing Skill for Success and Happiness at Work and CEO of Humor That Works, a consultancy for human effectiveness. For more information, please visit, www.humorthatworks.com and connect with him on Twitter, @drewtarvin.